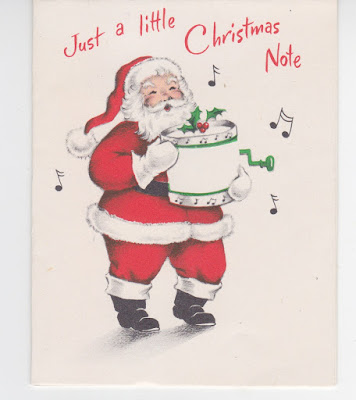 While going through items to list for my Etsy shop,  I came upon the very cute unused Christmas card above.

You may wonder about a few things.  That blank spot on Santa's music box, for one.  The music box is trimmed with musical notes at top and bottom, and music notes also surround Santa, presumably because he has been turning the handle and producing music.  The greeting "Just a Little Christmas Note" would seem to go with that.

But then there is the inside message: "Merry Christmas -- and may this bring Some special little wished-for thing!"  Hmmm ...

And, if you look closely, on either side of the holly at the inside left of the card is a slit.  Obviously this is a vintage money holder card! 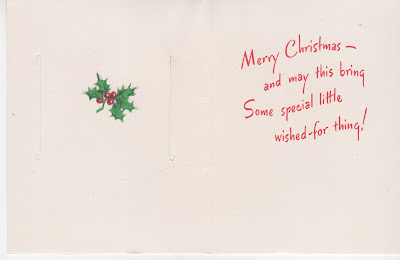 You may have to be of a certain age to recall that cash sometimes used to be called "bank notes".  British currency is still referred to in this way, as in "a ten-pound note".

Such a cute and clever card!  I folded a dollar bill in half and placed it inside the card (not disturbing the unused slits) to show what it would look like with cash in place.  I didn't pay a lot of attention to how I was placing the "note", but I like the way it turned out. 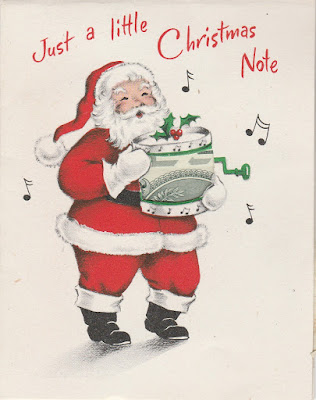