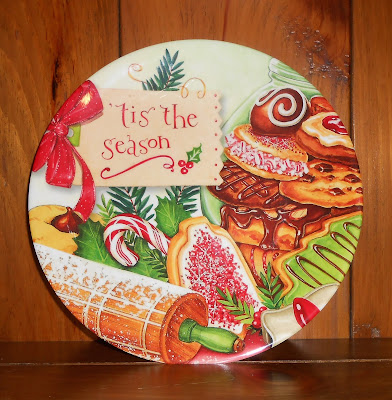 Today went a little different than planned!  We had planned on having two young couples over for breakfast, but they both ended up canceling for different reasons.  Thankfully, we found out about one cancellation the night before, so we had already begun to scale down our breakfast menu.  From there, when the second couple canceled, we scaled it down even further.  The two of us enjoyed bacon and waffles and maple syrup.

For some time, I've been wanting to try using the Bob's Red Mill 1-to-1 gluten free baking flour in waffles.  We finally did it.  It worked out very well.  The waffles seemed more substantial and had much more of a crunch to the edges, which we really liked.

After breakfast, Mr. T made another double batch of Christmas tree spritz.  These will go into treat bags to be given out at the end of tomorrow's Christmas play at church.

I worked a little bit on a blog post for my Kitchen Table blog.  I need to get busy over there, but I am doing well to get here every day even if I can't write very long posts.

A small flurry of Christmas cards arrived today and it was fun to read them and tape them up in the hallway with the others.

In other postal news, yesterday I heard that two priority mail packages we had mailed to Nevada around December 16 had reached a "distribution facility".  Just reading that subject line led me to the conclusion that the packages were in Salt Lake City.  Imagine my disgust to learn that the distribution facility in question is in New Hampshire.  Yes, it has taken them nearly ten days to reach southern New Hampshire from the central part of the state.  As my hubby noted, he could have put the packages under his arm and walked there more quickly.

This afternoon we had a practice for the Christmas play, and on the way home we took the opportunity to drive around a nearby lake and check out the Christmas lights.  We saw some beautiful ones, including this lovely old inn: 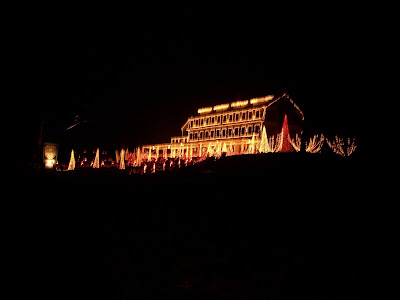 Picture is from 10 years ago or so, as we took no photos this time, having done this on the spur of the moment.

And that was our December 26.