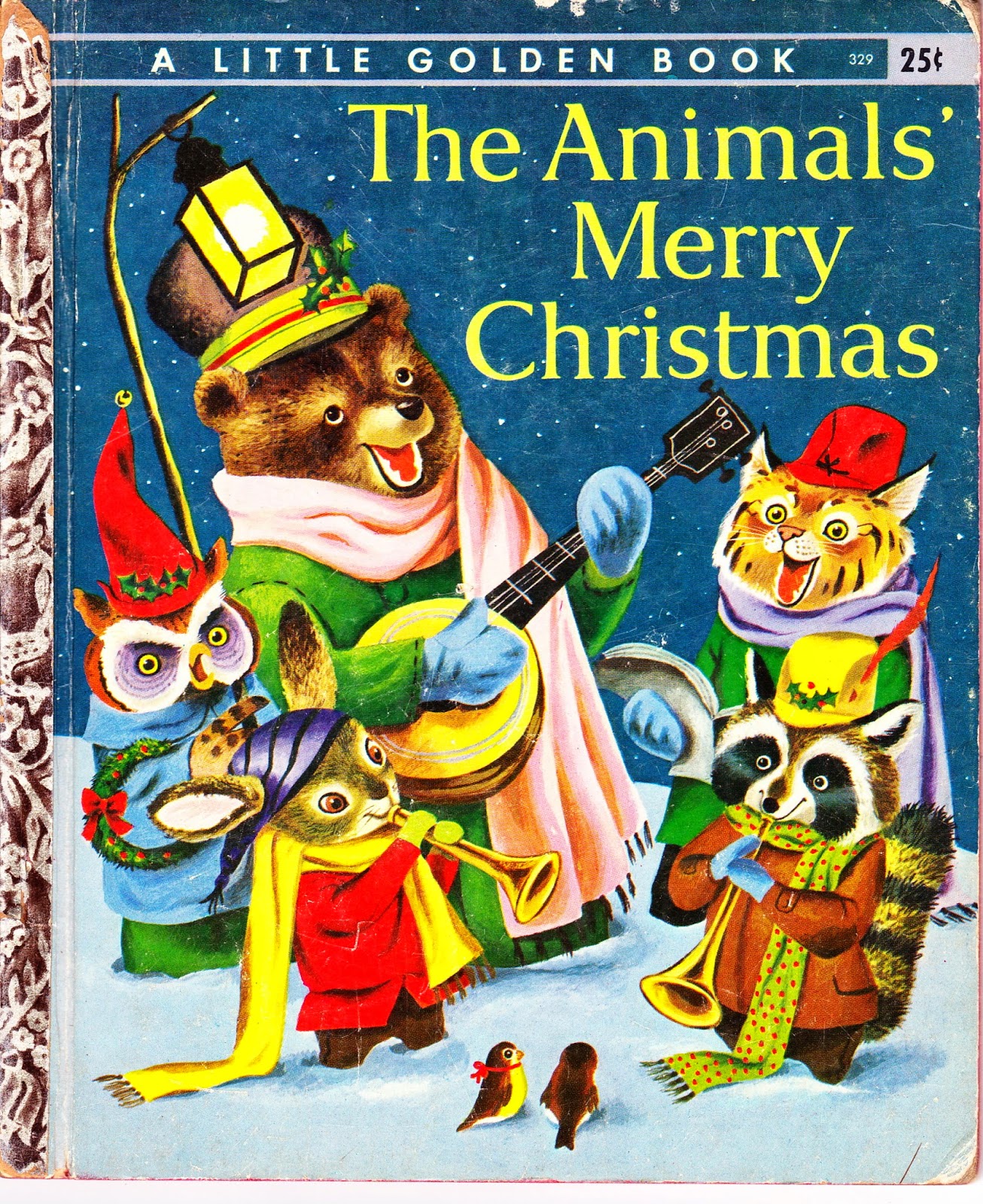 When our kids were young, we had the equivalent of this book contained within one of a four-volume set of Richard Scarry anthologies.  If your kids or grandkids are not familiar with Richard Scarry, they (and you!) are missing out.  His art and stories are both fantastic and so much fun for kids.

The poem Green Christmas was a favorite of my children, so I will quote it here:


Green Christmas
"It's almost Christmas, and still no snow!"
Cry the woodland creatures.  "We still can go
Out of our houses to search for roots
And seeds in the dry grass, and maybe shoots
Of fern and fennel that think it's spring.
We may find acorns -- 'most anything
That's good to eat may be in sight
For Christmas dinner, on such a night,
When the ground is bare of ice and snow,
And stars are bright, and the winds don't blow.
Hurrah for Christmas and still no snow!"

BUT --
"Hurrah for Christmas and still no snow!"
Cry the woodland creatures, and out they go.
-- Kathryn B. Jackson

Such a fun poem.  Helps kids to see that there may be more than one side to a story!

If you've not seen this book, I'm pretty sure you could find one on eBay or Etsy.  With its four separate stories and two poems, it would be a great addition to your family's library of Christmas books!
Posted by Mrs.T at 10:41 AM 1 comment:

A fun little gift for a 1-year-old

Our youngest grandson turned one year old in June, and -- although I really wanted to make something handmade for him -- I was at a loss as to what that might be.  Then I saw an idea on Pinterest for alphabet letters made of fabric.  Now this might be something he could play with, and I could see his siblings getting involved by spelling out names or words on the floor for him.

I looked at the tutorial and decided to make it easier.  Here's how I did it.  First, I did a search for large alphabet letter templates.  I found some great ones on DTLK's Educational Activities for Kids, just the size I was hoping for.  They printed out two to a sheet of paper.  I printed enough letters so I had not only the ABCs, but also enough extra letters so that every child's name (he has four older siblings) could be spelled out on the floor at once.  Somehow I could just envision that happening!

Then I cut out enough fabric squares to have 2 for each letter.  I had lots of small colorful scraps in my stash that were just perfect for this.  Using dressmaker's carbon paper, I traced letters on half of the squares.  Then I cut a same-size cotton batting square for each letter.

I sandwiched them together like this: plain fabric square, right-side down; batting square; fabric square with traced letter, right-side up.  I pinned them securely, then carefully machine-stitched around the outline of each letter.  Once the letters were all stitched, then I cut out each one with pinking shears, using embroidery scissors as necessary for some of the small cut-out parts of letters. 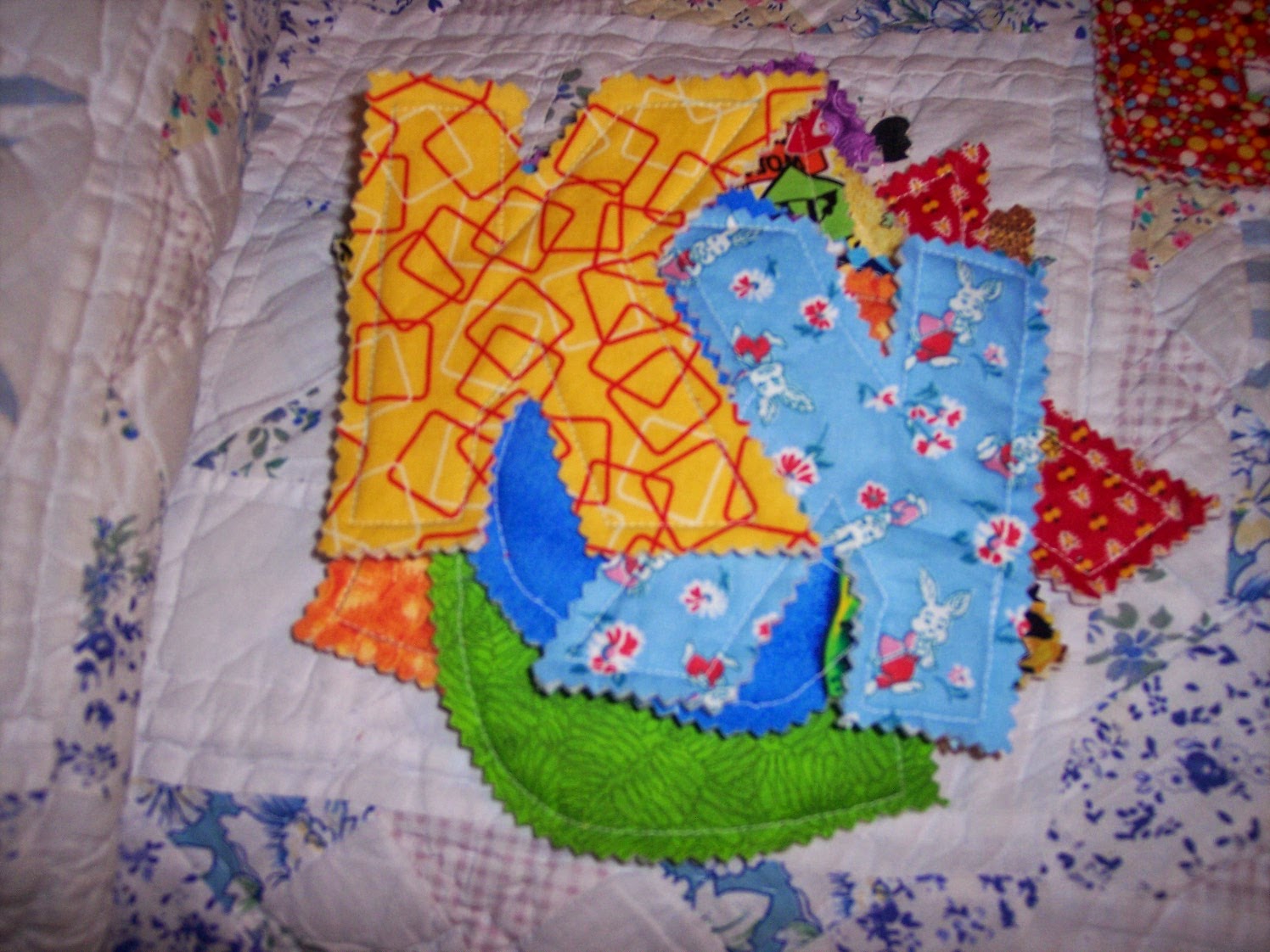 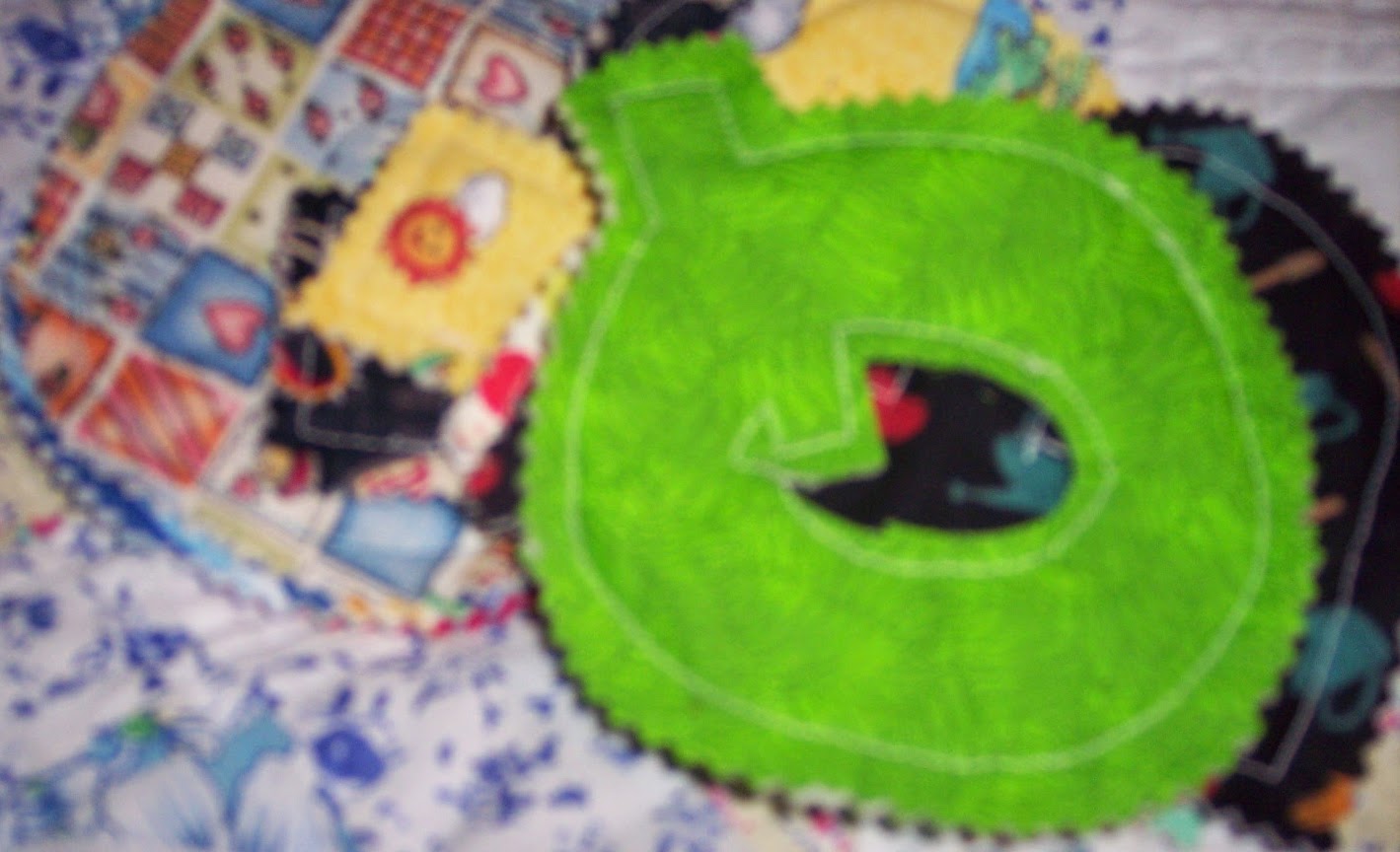 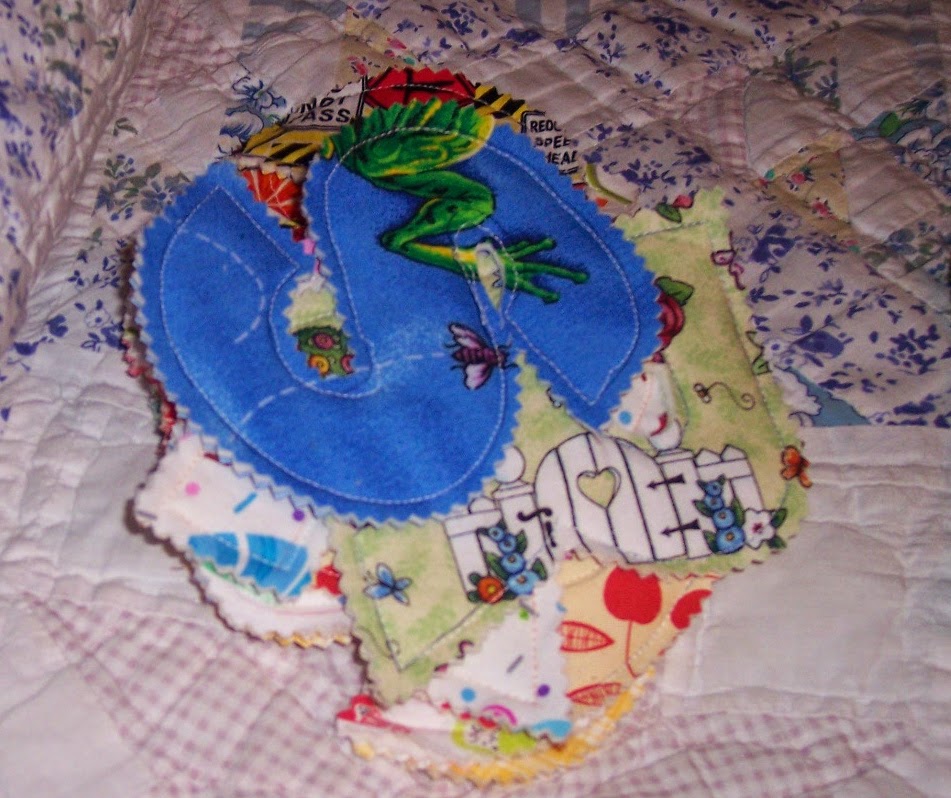 Voila!  A multitude of fabric alphabet letters for a little boy and his older siblings to play with!  The letters could be packaged in a zip-top plastic bag, a plastic box, or whatever other storage you might find suitable.  Hope someone else can use this idea.  My grandkids loved it!
Posted by Mrs.T at 4:55 PM No comments:

A tea wallet -- a fun and easy little gift to make now!

Some years ago my daughter made me a pretty blue  tea wallet for Christmas.   Here is the link to the pattern she used: Little Birdie Tea... 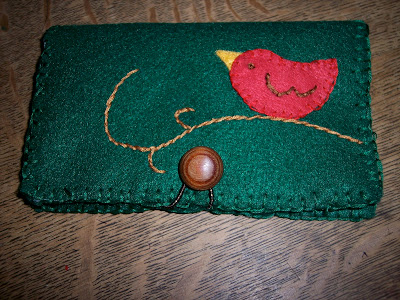