I've mentioned before how I acquired a lovely collection of vintage Christmas cards, but in case there should be new readers here, I'll share it again.  Many years ago I worked at a Christian school my girls were attending, and one of my duties was to teach art once a week or so.  Of course there was no real budget for art; I brought supplies from home if anything outside of the usual school supplies was needed.  I told a few people that I could recycle used greeting cards for a number of projects, and ended up getting bags of them.  Surprisingly enough, among them were many vintage cards from various sources -- most of them Christmas cards.

Obviously I didn't have the kids cut up these gorgeous old cards for art projects; there were plenty of newer ones that worked great for the purposes I had in mind.  I kept the vintage ones and display them seasonally on ribbon boards.

I always found it interesting that some of the vintage Christmas cards had a patriotic theme.  The only one of mine that really fits that description is this one: 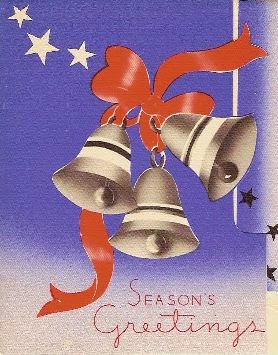 I've always liked the watercolor look of this one.  This is the message inside: 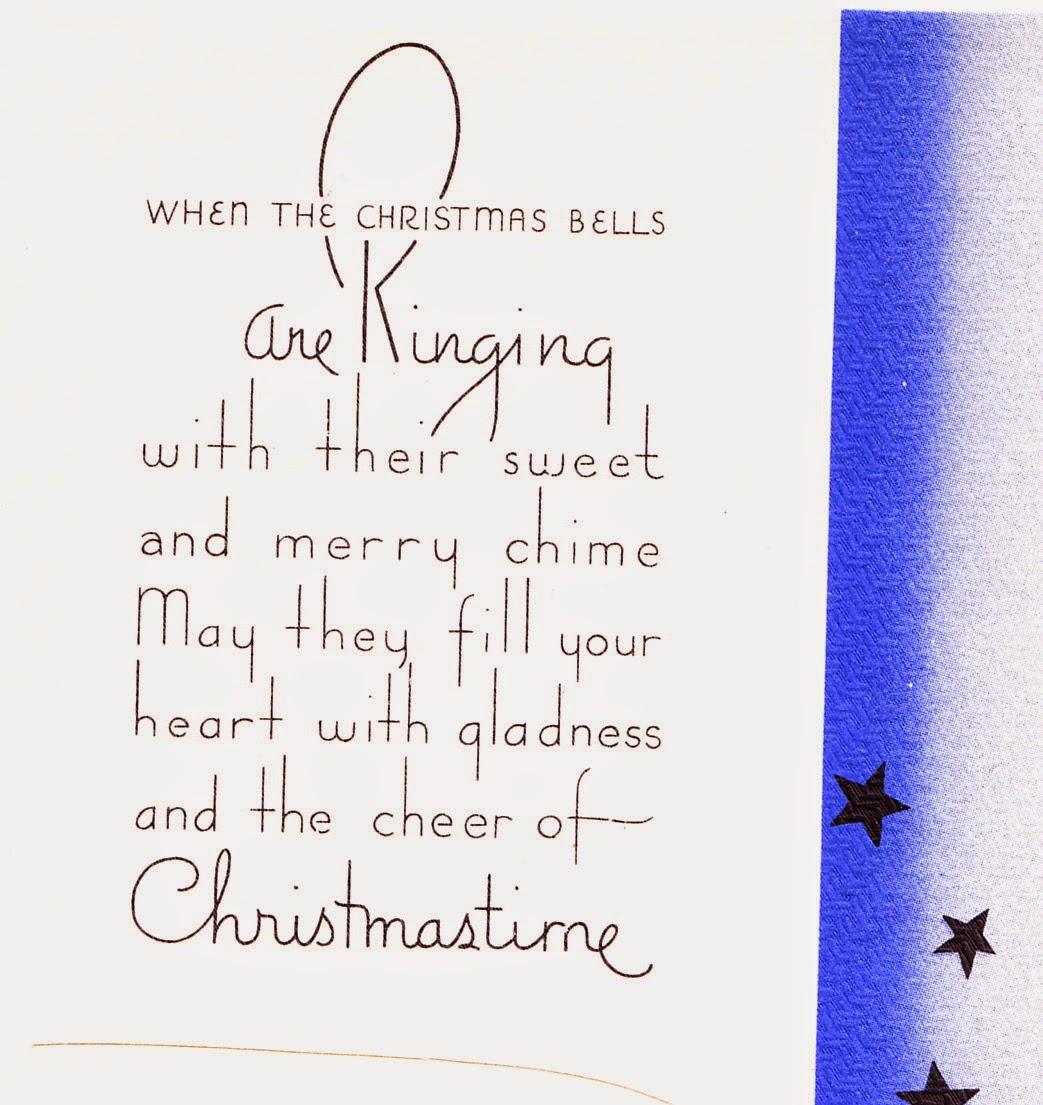 I did just a tiny bit of research to learn more.  In a post titled "Long live the tradition of sending Christmas cards!" a British blogger  for the UK White Pages blog noted, "During the wars of the 20th Century, Christmas card designs took on a patriotic edge in order to remind people of their absent friends and family during the Christmas season."

I also read the following in a history of the American Greetings card company:
"Before World War II, Americans were usually married and buried in the same towns in which they were born. They didn't travel much and had little need to communicate in writing. The war changed that. People were often separated from their families, and used greeting cards to stay in touch. Now known as American Greetings Publishers, [Jacob Saperstein's] company had six artists creating red-white-and-blue cards with patriotic rhymes to help families connect the home front with the front line."

Wow! Six artists just creating the patriotic cards.  There must have been a real demand for them.  In light of that, I'm sort of surprised that I only have one.

I do have one other red-white-and-blue Christmas card; it's a favorite of mine but not really that patriotic looking. 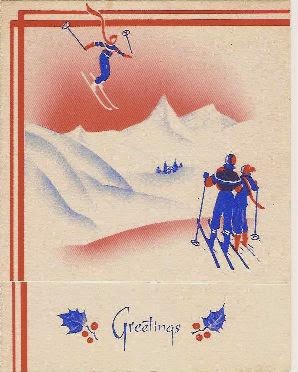 Happy Fourth of July to you!


Images courtesy Vintage Holiday Crafts.com
Posted by Mrs.T at 5:00 AM 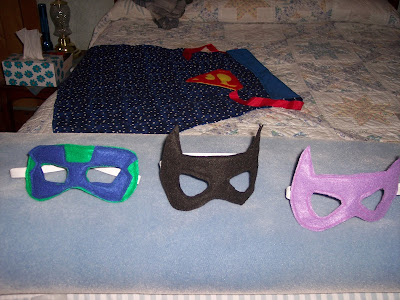