In my cleaning and sorting, I'm finding many treasures as well as a lot of trash.  Often I wonder just why this or that was carefully saved.  The items I'm sharing today are a case in point.  There was a small cedar chest that had been on a bookshelf in my parents' living room for as long as I can remember.  I think my mother told us she had received it as a girl from a friend of their family, and that her three sisters had also received cedar chests at that time.

One of the things in the box was the Santa sticker at the top of the post.  Then there were two more stickers (only I think they called them "seals" back then), one of them still attached to pretty, very fancy green ribbon.  There was a very long piece of ribbon and it was carefully folded around all three stickers. 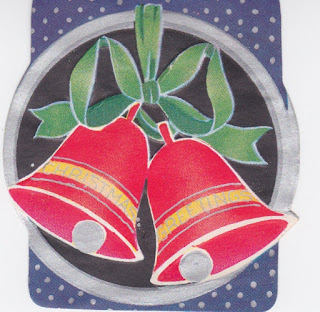 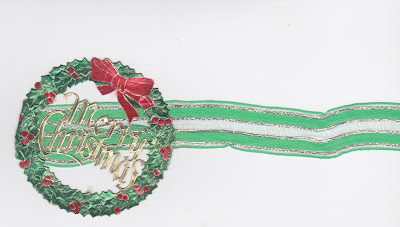 I'm not sure why these trims were saved so carefully.  They obviously had been part of the wrappings for a very special gift.  My guess, though it may be inaccurate, is that they had trimmed the gift-wrapped cedar chest and that it had been a Christmas gift.  What do you think?
Posted by Mrs.T at 5:49 AM 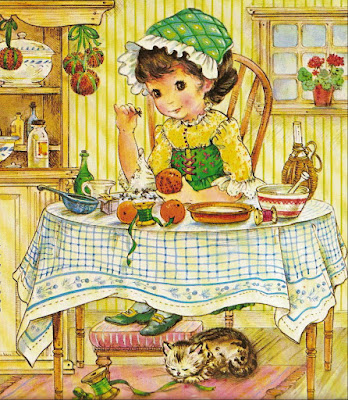