A simple but unique gift idea for older kids 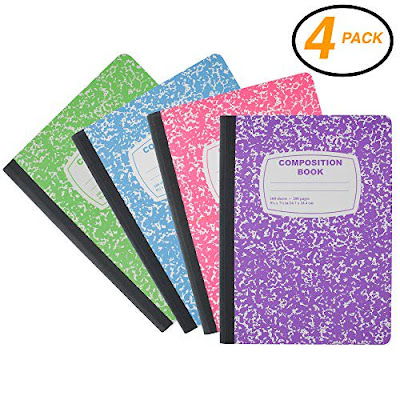 Most regular readers know that I've been cleaning out the family homestead.  Old magazines galore!  Some of them were Christmas magazines, many of which I have saved.  Some of these I will sell.  Those in poor shape, I've been going through to scan vintage advertisements and glean ideas and recipes.  I found this idea in a 1965 issue of Farm Journal in a little article titled Put It in Your Notebook.

The author, Eve Steadman, described a dilemma common to many parents when she noted that sometimes her kids got ideas for new innovations to family life.  Many times a simple "yes" or "no" answer would not suffice.  For example, her 10-year-old son thought that a black Christmas tree with red balls and red lights would be a nifty idea.  Eve and her husband were personally more inclined to a traditional Christmas tree, and they knew their younger children always looked forward to their own special tree ornaments.  Sensing, though, that their 10-year-old wasn't going to take this rejection well, they encouraged him to write down the details of his idea in a notebook for use at some future time -- say, when he had his own home.  Surprisingly, he went along with that suggestion.

Eve went on to add: "Our Yuletide gifts that year -- besides hinted-for skates, sweaters and pogo sticks -- were a thick new notebook for each youngster.  Title pages read: IMPORTANT PLANS AND IDEAS.  Those notebooks have tided us over many a crisis between the generations."  She added, "The notebooks have become a family joke.  Our kids will say, before we can wet-blanket an idea: 'I know -- I'm to write it in my notebook.'  She also noted that inevitably this notebook suggestion backfired on its inventor when she ventured an unusual decorating suggestion to one of her kids.  She wrote, "Cathy gave me a long, thoughtful look.  'Mom, I'm going to get you something.  Guess what?'  I couldn't guess, so she told me: 'Your own notebook -- so you can "put that down" for the far, far distant future!' "

I think that any sort of notebook would work for this, but I personally would choose a composition notebook because they are a nice size, unique, colorful, and inexpensive.  For those with large families, the notebook colors and designs could easily be varied to suit the individual.   Here's a link to the choices at Walmart.com: Composition notebooks.  The neon ones pictured at the top of the post would be fun, or here are a few others I noticed. 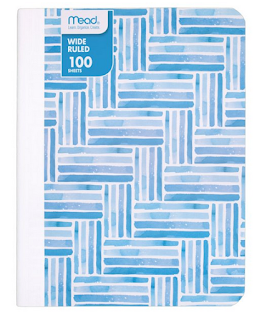 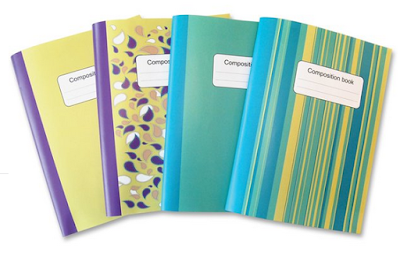 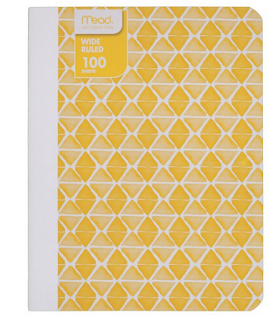 These notebooks might also be a fun gift from grandparents to grandchildren.  Have fun with this idea!
Posted by Mrs.T at 5:00 AM