A perfect vegetable side dish for Christmas dinner

Just one more idea for a Christmas dinner side dish.  I didn't post this with my other ideas, as not everyone loves Brussels sprouts.  But read on ...

Last January, in keeping with my habit of reading through my past issues of Country Woman and Taste of Home during the appropriate months, I was glancing through the December/January 2011 issue of Country Woman.  I happened upon this interesting-sounding recipe: Maple Bacon Glazed Brussels Sprouts.

I had everything on hand that I needed to try making them, including a bag of fresh Brussels sprouts that really needed to be used up, so I decided to give this recipe a try then and there.  I didn't have bacon, but I did have real bacon bits,  which is my go-to in recipes that call for crumbled or chopped bacon.  I simply sprinkled some of those on at the end.  The only thing I would do differently another time would be to use less maple syrup.  I think 2 or 3 tablespoons would be plenty.  It was just a little sweeter than I felt necessary.

One reviewer said that she simply roasted the Brussels sprouts with a little olive oil, salt and pepper -- and that when they were tender she just drizzled some maple syrup on them and sprinkled on some bacon.  I think I might try that next time, as it would be less work at the last minute.

Mr. T is not a Brussels sprouts fan, so he looked at them warily but was game to taste them.  He was very pleasantly surprised and said that he actually likes Brussels sprouts when prepared this way.  I do like Brussels sprouts as a rule, and this is a fabulous way to prepare and serve them.  Maybe you would like to try this, too.  I'm posting it a week in advance of Christmas to allow time for you to get some fresh Brussels sprouts.  This would be a perfect side for Christmas dinner!
Posted by Mrs.T at 5:00 AM 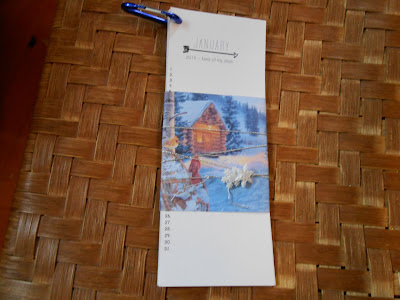